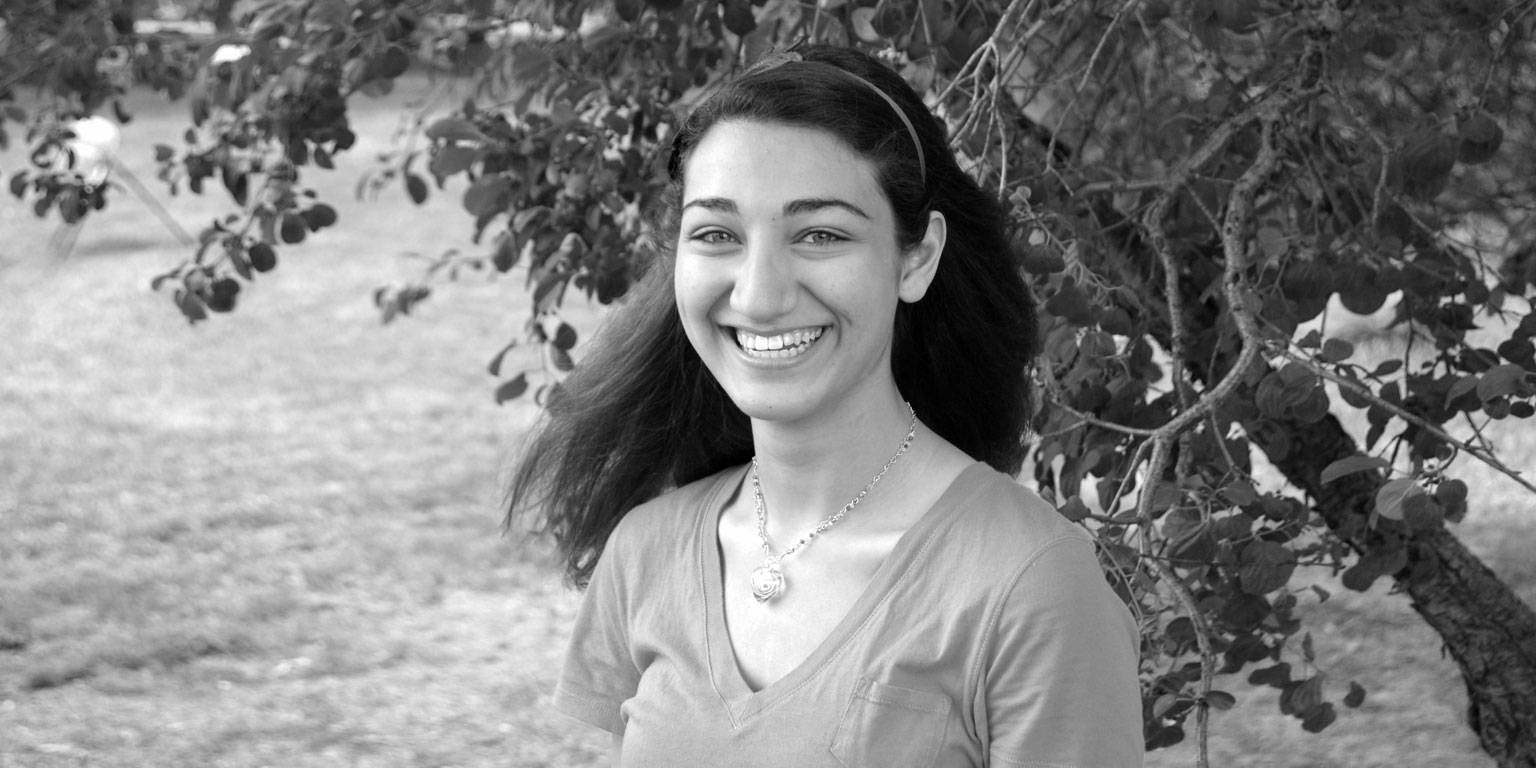 UNIVERSITY OF COLORADO BOULDER
Class of 2015

Vanessa’s Lebanese-American heritage influences her passion for sharing positive stories and voices from the Middle East and around the world with Americans. Equally engaged in journalism and international affairs, Vanessa’s focus has already resulted in significant strides towards her career goals. After applying to and being accepted for a prestigious journalism summer camp led by Richard Lui and Cary Hernandez of CNN, Vanessa was selected to become a CNN Student Reporter and won the Colorado High School Press Association Journalism Excellence Award. Her strong voice extended to her Vice President role within her high school’s Model UN where she was most excited representing countries that have little military or economic clout, and must gain influence through persuasion. More important to her than academic achievements, though, is her little brother who Vanessa helped raise as her single mother worked two jobs to provide for their family. Vanessa is currently a Resident Advisor at CU-Boulder and was hired for a selective internship with the Greeley Tribune where her articles were published regularly. Highly responsible, articulate and interested in global issues, Vanessa is excited to continue educating her peers through journalism.
Do NOT follow this link or you will be banned from the site!