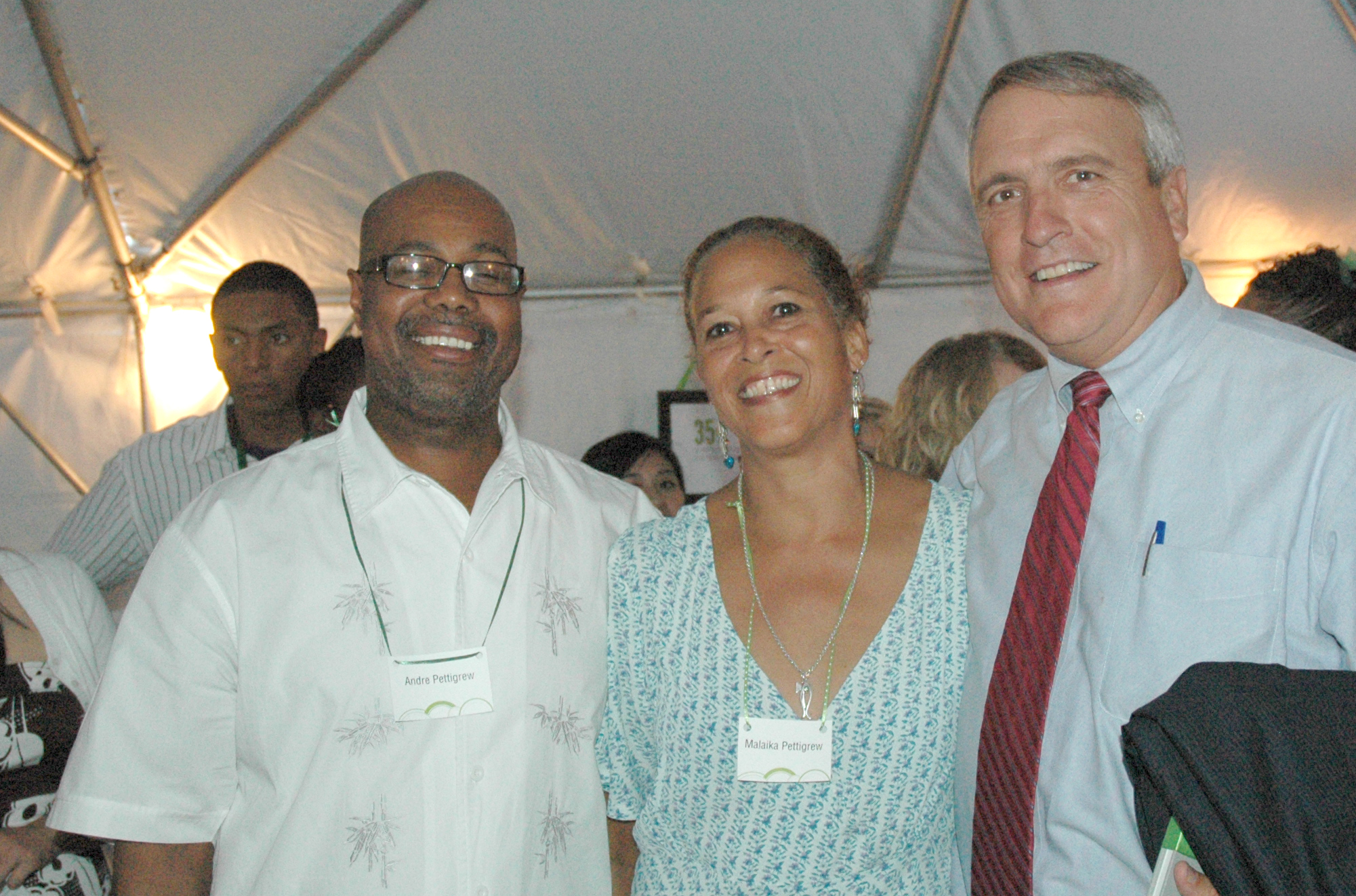 On behalf of our boards, staff, and community, we commemorate Malaika Pettigrew, whose remarkable spirit, compassion, presence, and ideas helped to shape the course of Greenhouse Scholars during the organization’s critical early years.

Malaika and her husband Andre were among seven individuals who formed the inaugural governing board of directors when Greenhouse Scholars was first launched in 2005.

Malaika has supported Greenhouse Scholars for fifteen consecutive years. She shared her experience and insights directly with our Scholars as a mentor and a Summer Symposium speaker. She introduced dozens of other individuals and encouraged them to get involved, including some of our first supporters in North Carolina. She and Andre have donated to Greenhouse Scholars every single year.

Please join us in honoring Malaika by reading about her life and her legacy below.

From The Pettigrew Family:

It is with heavy hearts that we share the news of the passing of the beloved Malaika Pettigrew, 66, on August 3, 2020 at her home in Durham, NC. Malaika was surrounded by her immediate family at home, surrounded by love.

Malaika, Swahili for Angel, dedicated her life to the service of others no matter where she was. She was multitalented and worked as a Life Coach, Energy Healer and Dance Movement Instructor. Malaika and her husband Andre Pettigrew shared 45 years of loving marriage together. During that time they lived in more than a half-dozen cities throughout the United States. Malaika had the unique gift of creating and uplifting communities wherever they landed. An educator for over 35 years, Malaika led groups, facilitated retreats, teaching leadership skills, counseling, coaching and healing for everyone from children to the elderly.

Malaika earned a degree in Psychology at UCLA and went on to earn a Master’s in Transpersonal Counseling from J.F. Kennedy University in Orinda, California. She taught at the University of Colorado, Boulder and Naropa University for 11 years. Malaika was a founding member of the United Black Women of Boulder Valley, Greenhouse Scholars, and the Institute for African American Leadership. The Institute served countless African American youth throughout the Boulder Valley School District and beyond by providing educational, cultural, and travel exchange opportunities. An archive of her work is stored at the Blair Caldwell Research Library in Denver as well as a few items stored at the Museum of Boulder.

Malaika was committed to uplifting youth and was a firm believer in the African proverb “It takes a village to raise a child”. She indeed created a global village for her children and those who knew her. She also served in leadership roles within many nonprofit community organizations, including the Boulder County Safehouse Shelter for battered women and children, Boulder County YWCA, Boulder Community Action Program, Chinook Fund, The Gandhi Brigade, as well as the Elna B. Spaulding Conflict Resolution Center, and The Movement of Youth mentoring program both based in Durham, North Carolina.

Malaika was a devout and dedicated woman, committed to her love and connection with God. She poured herself into several spiritual communities in Colorado, Maryland, and North Carolina. She received certification as a Minister of Spiritual Healing through the Takoma Park Metaphysical Chapel and became a Certified Reiki Master Practitioner in 2012. She’s a member of the Unity Church of the Triangle.

Aside from her family and God, her next true love was Dance. Anyone who knew Malaika, knew nothing brought her more joy than to move her hips, feet and arms to the rhythm of just about any music. She was particularly fond of Jazz, African, Afro Latinx and Afro Brazilian music and dance. Malaika had the honor and privilege of traveling the world throughout her life. She touched nearly every continent North America, Central America, South America, Europe, Asia, and her beloved Africa where she visited Togo, South Africa, Kenya and Ghana.

Malaika was beautiful on the inside and out. Her life and her accomplishments are best remembered in her own words:

“I live each day with an awareness of myself as sacred, compassionate, sensitive and in service to this world. It was the gift of experience, my struggles and successes that now allow me to serve others through wisdom and compassion. It is my commitment to my own spiritual growth and evolution that allows me to know that we all are perfect, whole and complete beings.”

The family will hold a digital service to accommodate all family and friends near and far. A date will be announced soon.