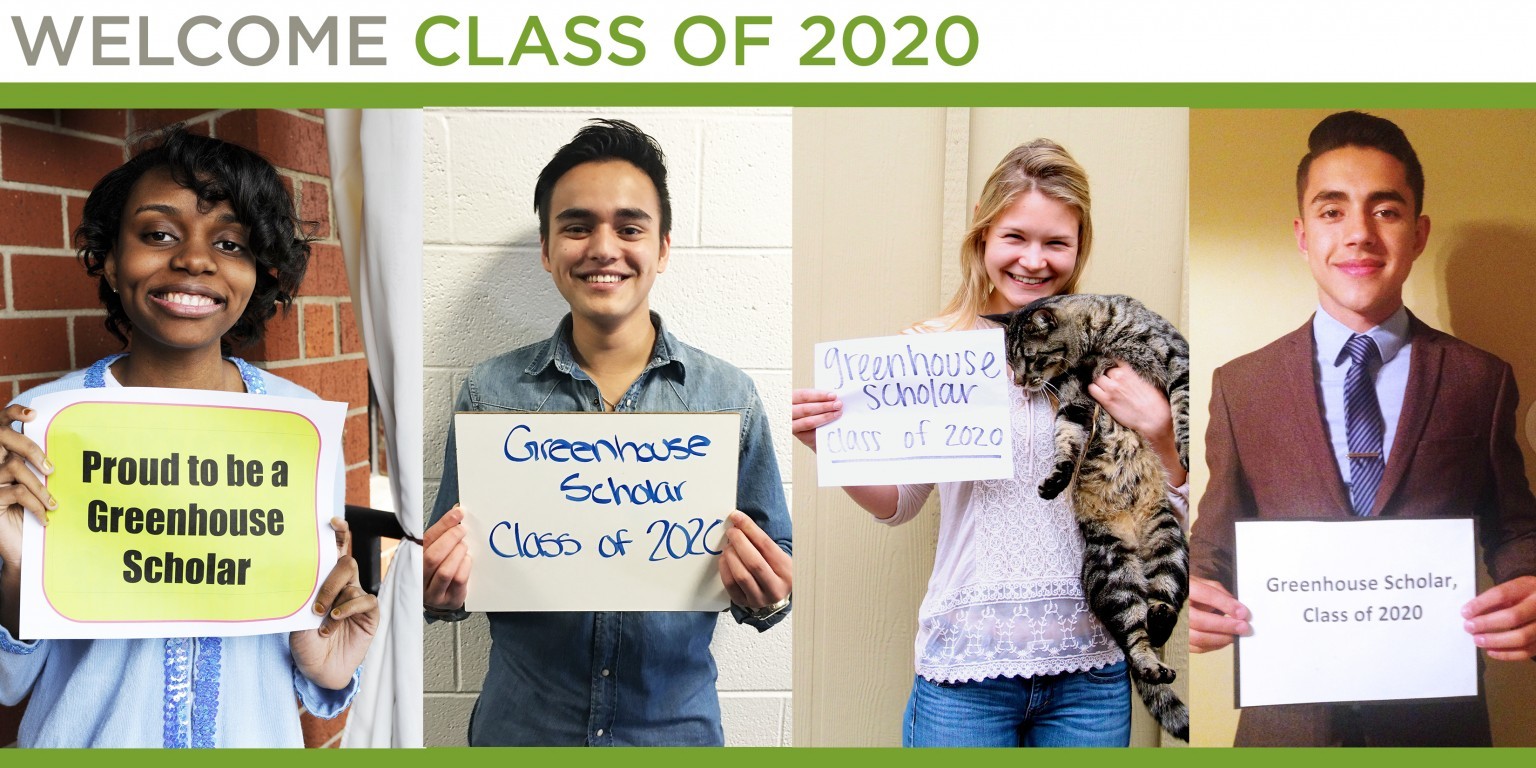 Greenhouse Scholars, an education based non-profit organization, has announced its Class of 2020. The 22 students from Colorado, Illinois, and Georgia join another 185 current Scholars and alums of the highly selective 4-year program.

Greenhouse Scholars is dedicated to cultivating leaders who will change low-income families and communities through a “Whole Person” approach which includes mentorship, peer support, internships, professional networking, leadership conferences, flex funding grants, and a tuition scholarship. With a 90% percent college graduation rate compared to the national average of 11% for low-income students, the program’s model of comprehensive support has proven successful, helping the Scholars make the most of their college experience so that they may serve as leaders and role models for others before and after graduation.

“We are thrilled to welcome these exceptional students as Greenhouse Scholars,” said Pete Burridge, President and CEO of Greenhouse Scholars. “At a young age and with the odds often stacked against them, they have shown incredible character, leadership, relentlessness, and dedication to improve the lives of their families and others in their communities. We look forward to welcoming them into our community, helping them grow, and watching them achieve their potential.” While in many respects this year’s incoming class of Scholars parallels those that have come before them, the students have their own unique stories of relentlessness, drive, and passion. A sampling of their stories:

Arriving in the US from Ghana as a freshman in High School as a non-English speaker, one young man from Illinois rose above the bullying he endured to receive an A in AP English, take advanced STEM courses, become captain of the soccer team, and graduate in the top 5% of his class.

Raised by a hard-working single mother of three, at times a young man from Colorado had no place to call home but through a focus on education and positivity, he was elected Vice President of Student Government, captain of the basketball team, and President of his High School’s student tutoring program and will be the first in his family to go to college.

A young woman from Georgia with a passion for medicine became a Certified Nursing Assistant as a Junior in High School, organized mentoring and community service opportunities for her peers, was named Georgia’s Most Positive Athlete in Girls’ Tennis, and graduated in the top 3% of her class.

To be selected as a Greenhouse Scholar, each student must demonstrate exceptional academic performance, leadership, community service, and a financial need. The highly selective application process includes a written application, letters of recommendation, and an in-person interview with a committee of Greenhouse Scholars personnel and volunteers. Only eight percent of applicants were invited to join the Class of 2020.