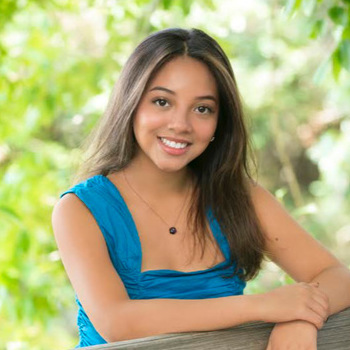 Kayla believes in the power of people and is dedicated to creating substantial change socially and systemically. Throughout Kayla’s life, she’s been surrounded by people with different identities and backgrounds. She’s lived in low-income housing with her mother, attended a predominantly white charter school, and attended a large urban high school known for its diversity. Being multi-racial, Kayla learned to embrace her different identities, and that has made her open and eager to learn more about other people’s. She believes that as a member of her communities, she must speak up, take action, and encourage others to do the same.

Kayla has primarily worked to uplift student voice in the education system, and has been involved in multiple youth advocacy organizations since her freshman year of high school. She served as Chair for the Student Voice Student Vote coalition, one of her school’s representatives on the Student Board of Education, a Co-Founder of the Student Bill of Rights, a youth representative on the Sustainability Advisory Council for the City of Denver, and a recurring summer intern and member for the Colorado Youth Congress. She also served as a campaign intern for West Virginia Democratic candidate Paula Jean Swearengin’s Senate Campaign and volunteered her time as a poll volunteer during the 2020 election. Kayla plans to continue working to empower marginalized groups in college and beyond in order to work towards building an equitable society for everyone.