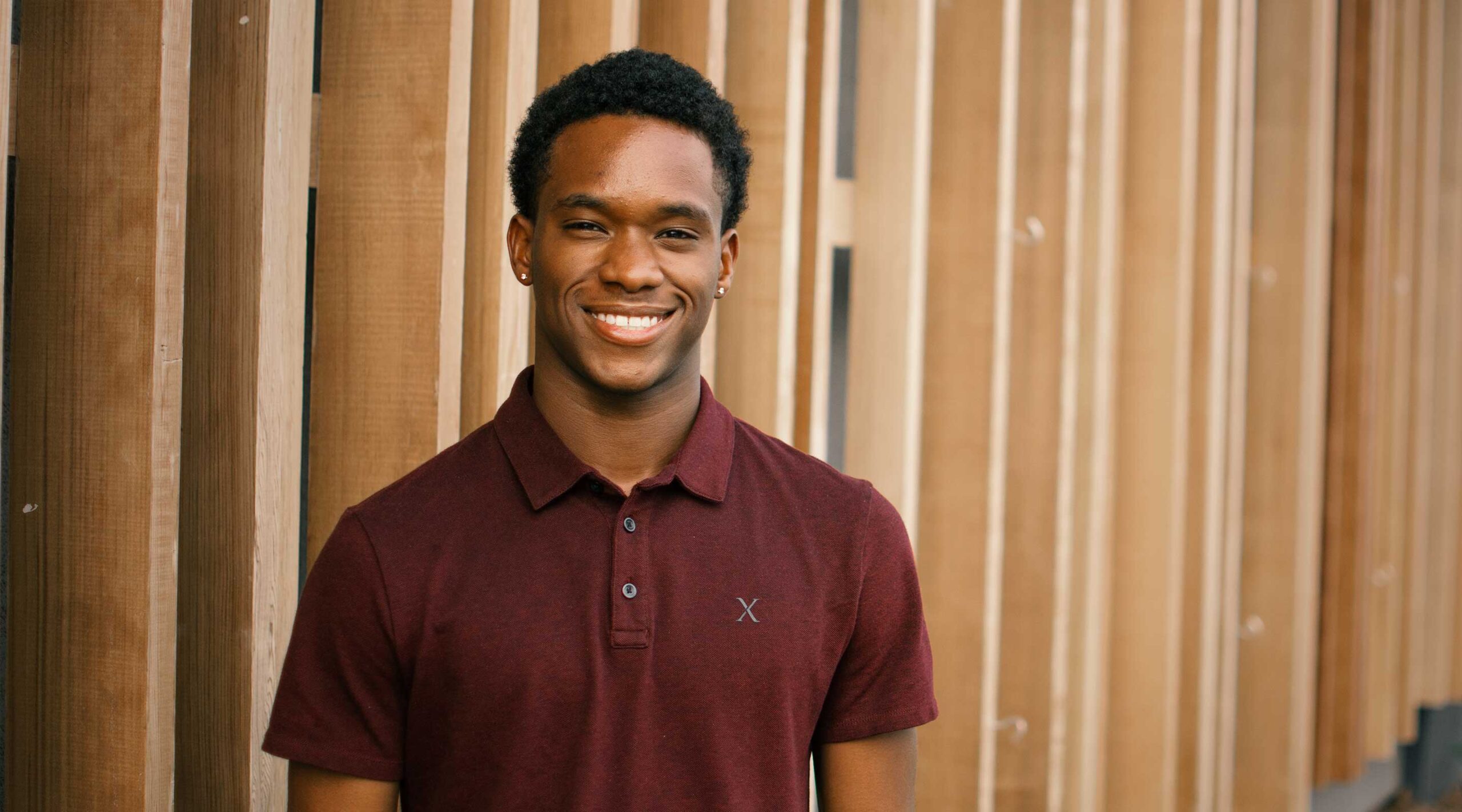 Being a voice for marginalized communities around the world and use the resources I receive in my career to provide for my community.

Caleb is a hard worker who is determined to become a leader and give back to his community. He transferred schools his junior year and joined an organization called Fundamentally Orchestrating and Cultivating an Urban Society (FOCUS), which helped him find a sense of community at his new school. His involvement in extracurriculars has shown that he embodies leadership, community, relentlessness, and accountability—qualities that he knows will help him achieve success in the future.

While studying in Costa Rica for six weeks, he realized how influential media is in shaping bias given that many Costa Ricans who he encountered had negative preconceived notions about him based on the color of his skin and his nationality. As a result of this experience, he intends to study the ways in which marketing forms perceptions so that he can create messaging and images that celebrate different countries, ethnicities, and cultures to foster a greater appreciation of difference. Caleb is determined to become a marketing executive for a social media company and an entrepreneur in community service.