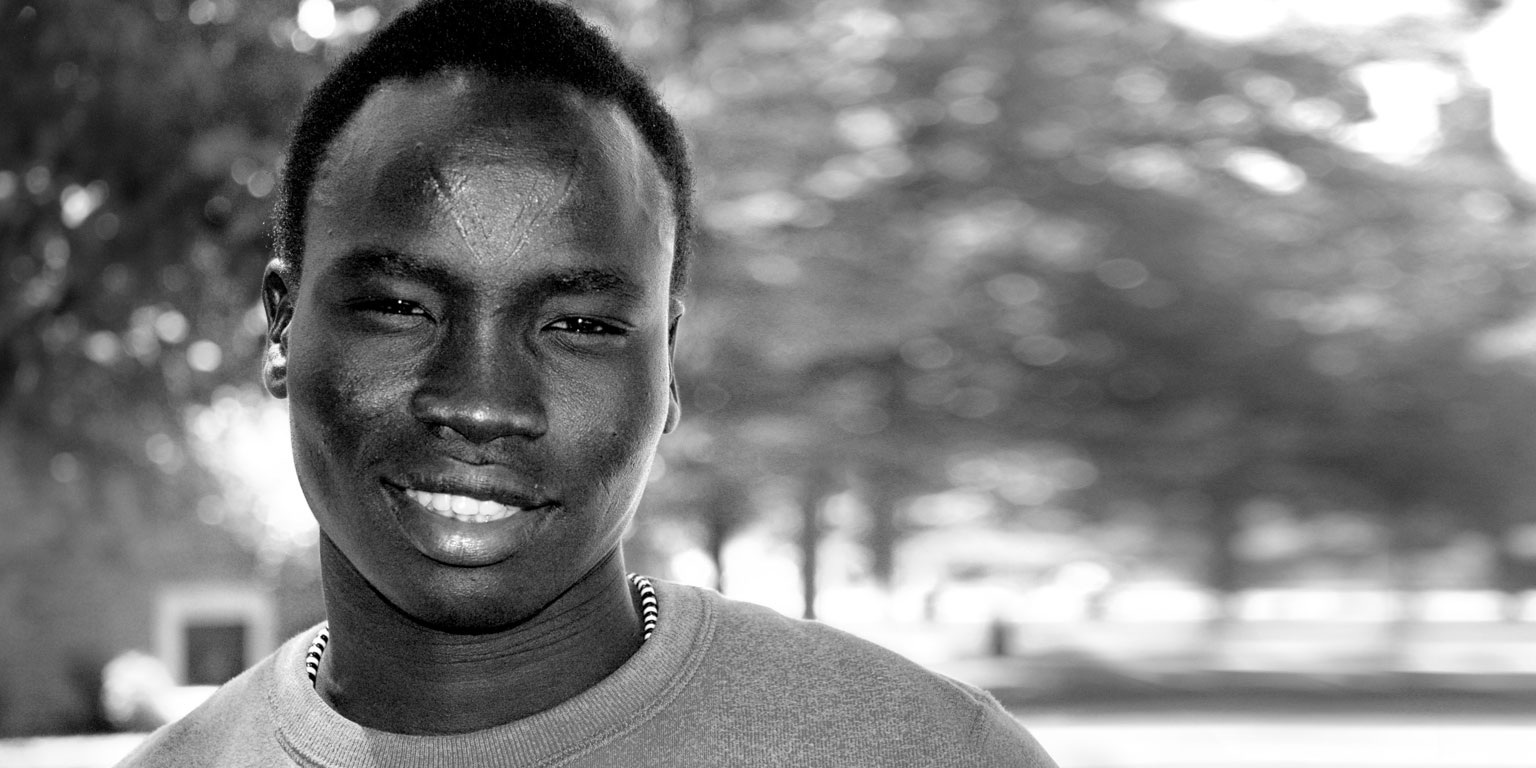 Ajok left his home village of Pagook in Southern Sudan at the age of 4 and spent 14 years living as a refugee in Kenya. Though he faced incredible hardship, he still took the initiative to change the world around him, pushing the environmental club to plant trees around the school and working with the United Nations High Commissioner for Refugees to start a child’s rights club. Though he has only been in the United States since July of 2007, he made a tremendous impact on Gateway High School as a star athlete and student. He attends Lake Erie College in Ohio and plays forward for their Varsity soccer team. Ajok is incredibly proud that South Sudan became a democratic republic on July 9, 2011, and hopes to give back to his communities in Colorado and South Sudan.